THE BEATLES NEVER REALLY
BROKE UP
By Steve Ludwig

In my last few blogs I commemorated the lives and words of John Lennon and George Harrison, on the anniversaries of their sad passings.
And as I sit down to write my newest blog, I once again find myself in a Fab Four frame of mind.
In 1970, when the movie Let It Be came out, I vividly remember the marquee of the Fairview Cinema here in New Jersey asking the question, under the movie's title, "Their last together??" (with TWO question marks.) It was a big question for us Beatles fans, although I never thought my four friends would ever split.
Oh sure, they were arguing more (at least that's what I would read), but they'd find a way to still make albums. The brilliant Abbey Road was released before Let It Be, but recorded after it, as Let It Be's songs were held back and released after Abbey Road. So I figured if the Fabs were in such a contentious mood during Let It Be, yet were able to work through that and, afterwards, produce as magnificent an achievement as Abbey Road, there's no way they couldn't continue on forever.

As each of the Beatles released solo LP's, and in the process pretty much denying any chance of a reunion, I thought, They MUST still be thinking of each other. They can't hate each other THAT much!

And sure enough, in their solo work, John Paul, George, and Ringo made references to each other throughout. OK, so early on, there weren't many friendly references, but I used to feel that, regardless of the negativity, at least they didn't forget about each other completely!

In his first solo album, McCartney, released in April 1970, Paul included a question-and-answer sheet in which he asked and answered all his own questions. He said he didn't foresee the Beatles ever working together again, and he certainly didn't see a Lennon-McCartney songwriting partnership in the future. Wow, this was getting serious. The album cover showed how much distance there was among the Beatles. Near the end of the group's existence, life was definitely not a bowl of cherries. 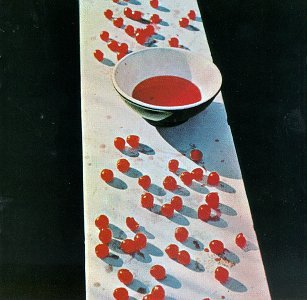 November 27 of the same year saw the release of George's three-album masterpiece, All Things Must Pass. Comprised of many Harrisongs that George had been stockpiling during his time with the Beatles (he had no choice!), All Things Must Pass offered George's take on the last months of un-Fabness. "Wah-Wah" was not only the type of guitar pedal sometimes used by the Beatles' lead guitarist, it's also slang for headaches...and George didn't need anymore of those. While acknowledging his affection for his years with his bandmates, George realized enough was enough:

You've given me a wah-wah
And I'm thinking of you
And all the things that we used to do...


Isn't it a pity, now isn't it a shame
How we break each other's hearts
And cause each other pain
-"Isn't It a Pity"

In this corner at a combined weight of 450 pounds, John, George, and Ringo (carry that weight, boy).
Their opponent, weighing in at approximately 165 pounds, the Big Mac.
Paul wanted his in-law, John Eastman, to be the group's business manager, while JG&R opted for Allen Klein. "Run of the Mill" seemed directed only at Paul:


Two weeks after All Things Must Pass, John released his brilliant Plastic Ono Band album. Two songs on the LP made reference to the Beatles; "I Found Out" targeted George and Paul:

I seen religion from Jesus to Paul...
Don't let them fool you...

I don't believe in Beatles...

The dream is over, what can I say?

It took the Everyman of the group, the one with the least musical talent but surely the most sense, to rise above all the squabbles. Ringo released his single, "It Don't Come Easy," in April 1971. It went to Number One, so obviously, plenty of people bought the record. I wonder how many bothered to turn it over and listen to the flipside, "Early 1970." 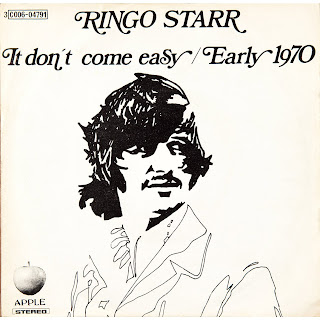 Because it's this song (whose title refers to when the Beatles officially announced their breakup) which shows that at least one of the Fab Four still felt love for the other three. Ringo sings a verse to each Beatle, offering his opinion about which will still come out and play with him. First, Paul:

Lives on a farm, got plenty of charm, beep beep
Got no cows but he sure got a whole lotta sheep
A brand new wife and a family
And when he comes to town
I wonder if he'll play with me

Ringo had drummed on John's Plastic Ono Band album, so he knew John would come out to play:

Laying in bed watching TV, Cookie!
With his mama by his side, she's Japanese
They screamed and they cried, now they're free
And when he comes to town
I know he's gonna play with me

He's a long-haired cross-legged guitar-picker, um hmm
With his long-legged lady in the garden picking daisies
For his soup
A forty-acre house he doesn't see
'Cause he's always in town playing for you with me

So Ringo's sure about John and George, but Paul remains a mystery. Not to worry, because as far as Ringo's concerned,
When I go to town I wanna see all three.

I suppose the closer you are, the more a breakup hurts. I'm not going out on a limb here when I say that John and Paul were extremely close; they were extremely hurt, as well.
They each released albums in 1971, and Paul took the first swing in May with his Ram album.
The cover showed Paul's now-bucolic life, posing with one of those "whole lotta sheep" that Ringo sang about (OK, in this case, a ram): 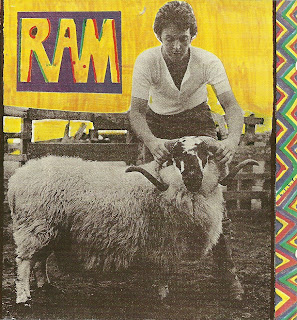 But it was the back cover that featured a picture which pretty much revealed Paul's feeling about  what Beatle John (and maybe Beatles George and Ringo as well?) was doing to him:

Yup, it's one beetle "beetling" another...
And, hey, you kids, if that's not proof enough why downloading songs ain't as good as buying an actual album with the cover art and all, well then I don't what is!

Too many people preaching practices
Don't let them tell you what you wanna do...
This is crazy and, baby, it's not like me

That was your first mistake
You took your lucky break
And broke it in two
Now what can be done for you?

It took John less than four months to put up his Fab dukes and swing back. The Imagine album contained a postcard with Brother John also posing with a farm animal: 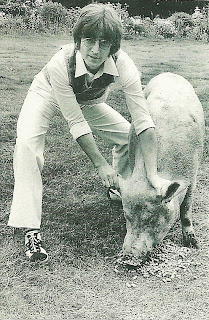 Here we go again, didn't even get to put the album on yet. Let's see, here, Side One, Song One.
"Imagine." Wow, a beautiful song; destined to be a classic! John's singing about world peace, Utopia, loving one another. Finally, some peace between the boys.
Side One, Song Two..."Crippled Inside." Ha ha, funny title, that one. Let's give it a listen:

Should I dare listen to "How Do You Sleep?"

So Sgt. Pepper took you by surprise
You better see right through that mother's eyes
Those freaks was right when they said you was dead
The one mistake you made was in your head 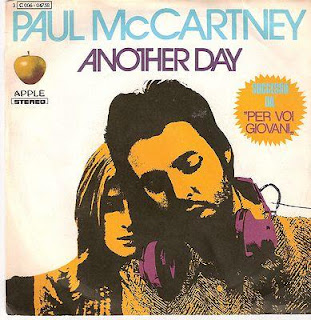 To add insult to injury, George played slide guitar on the track.
It's been documented that Ringo was in the studio while the song was being recorded, but refused to play on it because it was mean-spirited. At one point when John was singing some especially hurtful lyrics, an upset Ringo said in a loud voice, "All right, that's enough, John!"

[By the way, am I the only one freaked out by the fact that Jesse McCartney (no relation to Paul) recorded a completely different song titled, "How Do You Sleep"? Instant karma's gonna get somebody!]

So will these solo Beatles ever say something nice about each other in song?

You betcha they will! And in my next blog, we'll read some of the most beautiful, and at times, most heart-wrenching lyrics ever written to each other by John, Paul, George, and Ringo.

Like pop culture? Then you might enjoy listening to my radio show! It's called STEVE LUDWIG'S CLASSIC POP CULTURE at www.PlanetLudwig.com.

IF YOU ENJOYED READING MY BLOG, WOULD YOU CONSIDER BUYING MY BOOK? IT'S CALLED See You In CCU - A Lighthearted Tale of My Open-Heart Surgery. IT TELLS WHAT AN OPEN-HEART PATIENT CAN EXPECT BEFORE, DURING, AND AFTER THE PROCEDURE. I BET IT MIGHT MAKE YOU SMILE!
YOU CAN BUY IT AT MY WEBSITE:
www.PlanetLudwig.com

MY BROTHER TOM'S LATEST BLOG HAS JUST BEEN POSTED. ON THIS ONE, HE AND HIS BUDDY SINCE SECOND GRADE OPINE ON GUN CONTROL.
CHECK IT OUT AT www.SecondGradeMinds.Wordpress.com.


Thanks to those of you who've contributed to the 10,000+ page views of my blogs.
Good health to you all!  Steve Ludwig